THE USE OF CARBON DIOXIDE (CO2) FOR YOUR ORGANISM

Most people believe that carbon dioxide is harmful. This is not surprising, because we were told about the negative properties of CO2 at school in biology and chemistry lessons. Presenting carbon dioxide exclusively as a harmful substance, teachers usually kept silent about its positive role within our body.

Carbon dioxide in the human body

When we inhale, our lungs are filled with oxygen, while in the lower part of the body – the alveoli – carbon dioxide is formed. At this point, there is an exchange: oxygen passes into the blood, and carbon dioxide is released from it. And we exhale. Repeated about 15-20 times per minute breathing starts all the vital activity of the body, and the resulting carbon dioxide affects many vital functions at once. What is the benefit of carbon dioxide for a person?

CO2 regulates the excitability of nerve cells, affects the permeability of cell membranes and enzyme activity, stabilizes the intensity of hormone production and the degree of their effectiveness, participates in the process of protein binding of calcium and iron ions. In addition, carbon dioxide is the final product of metabolism. Exhaling, we remove unnecessary components that have arisen during metabolism and cleanse our body. The process of metabolism is continuous, so we need to remove the final products constantly. 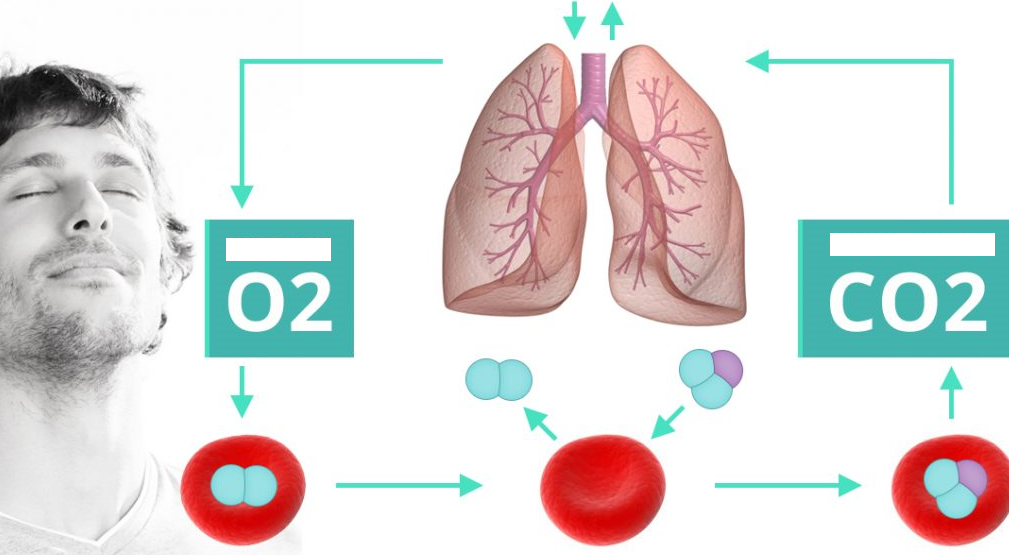 It is important not only the presence but also the amount of CO2 in the body. The normal level of content – 6-6,5%. This is enough for all the “mechanisms” in the body to work correctly, and you feel good.

The lack or excess of carbon dioxide in the body leads to two States: hypocapnia

Hypocapnia is a lack of carbon dioxide in the blood. Occurs with deep rapid breathing, when the body emits too much carbon dioxide. For example, after intensive sports. Hypocapnia can lead to mild dizziness or loss of consciousness.

Hypercapnia is an overabundance of carbon dioxide in the blood. Occurs in areas with poor ventilation. If the concentration of CO2 in the room will exceed the norm, its level in the body will also be higher.

Because of this, you may get a headache, nausea and drowsiness. Especially often hypercapnia occurs in winter in office workers, as well as in large queues. For example, at the post office or in the clinic.

An overabundance of carbon dioxide can occur in extreme situations, such as breath holding under water.

The benefits of carbon dioxide for the body

More about the consequences of hypercapnia and ways to deal with it, we will tell in one of the following articles. Today we will focus on hypocapnia and its treatment.

As mentioned above, carbon dioxide affects many processes in our body, so it is important that its level is kept within normal limits. And one of the types of breathing exercises will help to bring the CO2 content back to normal.

But such phrases do not look very convincing, especially when we want to solve a particular problem or get rid of a certain disease. Let’s see how carbon dioxide helps and breathing exercises in specific cases.

Let’s start with the fact that in the process of training on the simulator or standard breathing practices, human blood is saturated with carbon dioxide, blood supply to all organs improves, and as a result there is a positive effect.

The body begins to treat itself from the inside, having different effects on different groups of organs. For example, improved blood supply and increased CO2 levels lead to the normalization of the smooth muscle tone of the stomach and intestines. This has a positive effect on the bowel, restores its basic functions and helps in the fight against various diseases of the gastrointestinal tract.

Carbon dioxide has a positive effect on the permeability of the membranes, which normalizes the excitability of nerve cells. It helps to better tolerate stress, to avoid nervous over-excitation and, consequently, relieves insomnia and migraine.

Allergies are also help with CO2: carbon dioxide reduces the viscosity of the cytoplasm that fills the cells. This has a positive effect on metabolism and increases the activity of the body’s defense systems.

Helps carbon dioxide in bronchitis and asthma: it reduces vascular spasm, which allows you to get rid of phlegm and mucus in the bronchi, and thus the disease itself.

Due to the normalization of the lumen of the vessels, patients with hypotension are on the mend. Breathing exercises help them to gradually cope with low blood pressure.

Despite all the positive changes that occur in our body when the level of carbon dioxide is normalized, it is not a panacea for all diseases. It is rather a help that you provide to your body, doing breathing exercises. Believe me, after a few months of training, the body is sure to thank you well. Before starting classes, be sure to check the level of CO2 in the body and make sure that breathing exercises or the Aironic simulator will help with your disease. And in order not to miss the material about hypercapnia and receive our new articles in the mail, subscribe to our blog. We will send materials once a week.