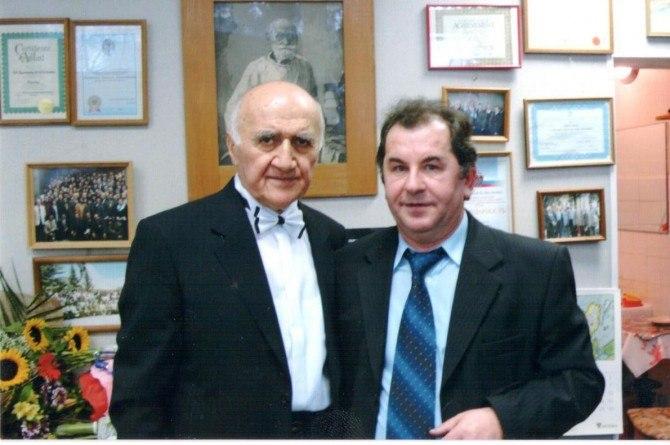 The name of the Russian scientist Nikolay Alexandrovich Agadzhanyan is known worldwide. He is the man behind the “Aironic” method. His cooperation with Yuri Nikolaevich Mishustin in late 1990s resulted in the creation of one of the most effective methods of health restoration by breathing techniques. Today, “Aironic” and Agadzhanyan’s unique rehabilitation techniques based on the pressure chamber effects are available to everyone. Thanks to the discoveries and research of the great scholar, millions of people were able to treat their illnesses and learn about the importance of normalizing the gas exchange for a long and healthy living.
Nikolay Alexandrovich Agadzhanyan belongs to the community of greatest Soviet and Russian scientific minds capable of doing the impossible. He served the science and the people to the last day and made real discoveries that forever changed the approach to human physiology. Seven Russian, Soviet and International Academies of science saw it as an honor to welcome him in the lifelong list of their fellows. Nikolay Agadzhanyan was a fellow of the Russian Academy of Medical Sciences, International Academy of Astronautics under the International Academy of Sciences, corresponding fellow of the Academy of Medical Sciences of the USSR, fellow and member of the Board of the Russian Academy of Environment, fellow of the Russian Academy of Natural Science, Academy of Polar Medicine and Extreme Human Ecology, and New York Academy of Sciences.
This is not just an impressive list. This is proof of trust of a gigantic diverse international scientific community – a sign of appreciation. It is well deserved, too. Nikolay Agadzhanyan was involved in preparing the first manned space missions. During this heroic complicated time, he was the head of the Air Force Institute of Aerospace Medicine. It was there that the first regiment of future astronauts was trained, among them Yuri Gagarin.
Lifelong object of scientific research and discovery for Nikolay Agadzhanyan was human adaptation to space flight conditions. It became the basis of his findings related to the daily breathing practices to regulate appropriate gas exchange in the human body and to prevent hypoxia and hypocapnia. His findings became the foundation for the “Aironic”, an exerciser with a rich history and a true impeccable scientific justification.
Nikolay Agadzhanyan studied the influence of extreme conditions of flight in aircraft on living organisms and dealt with reserve capabilities of organisms. He was always ready to volunteer in his pressure chamber tests.
He organized numerous expeditions to mountains to study the ways the human body adapts to such conditions. In cooperation with the People’s Friendship University of Russia (RUDN), he organized expeditions to the Aral Sea Region, to the Northern Urals, to Kazakhstan, Snezhnaya Cave, as well as yachting expeditions to study the environment of the Black and the Mediterranean Seas. Agadzhanyan’s expeditions to highly elevated mountainous regions became the solid practical basis for the training of future astronauts.
In the final years of scientific work, Nikolay Agadzhanyan devoted special attention to studying the stress and its influence on the human body. He was sure that health is not only physical but psychic condition as well. This also includes moral well-being that gives the strength, the joy of life, and the energy for a long life.
Nikolay Agadzhanyan lived 86 years of a life that became an act of valor of the great scientist, a discovery and a victory over the boundaries of human capabilities.