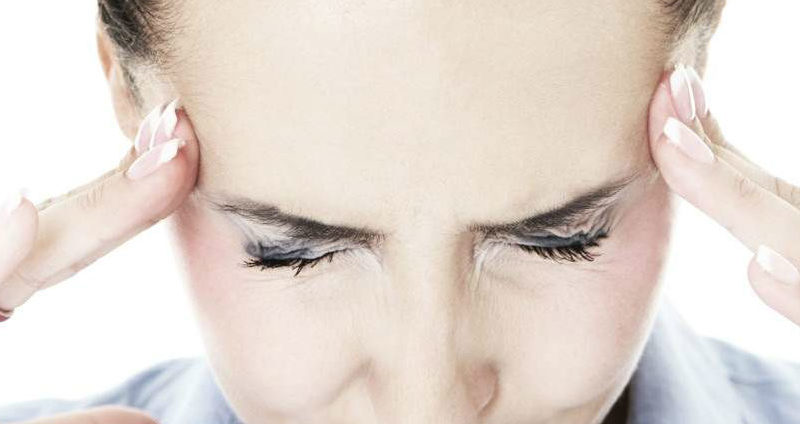 For someone, “migraine” is a mysterious and meaningless word. And for someone it is quite a real enemy, who forces you to suffer hard and knock out of the usual rut. It mercilessly defeats your plans, crosses out from your life two, three, or even four days in a row.

It is a real scourge of modern reality with its crazy rhythm among constant stresses. As well as any other disease, a migraine attack is easier to prevent than to fight with it afterwards, suffering from pain. It has been said that migraine can’t be cured, but it is possible to “agree” with it.

Fighting migraine. Where do we start?

The first thing that needs to be made at emergence of such symptoms is to analyze the causation of migraine. Keep records, this will help to identify the patterns of the appearance of the attack. Each person can have their own patterns, but there are general “rules”, for example: stress, heavy physical activity, smoking, sleep disturbance.

Individual “risk factors” are strong noise, lack of fresh air, alcohol drinking, long exposure to the sun or hypothermia and lack of sleep. Even the TV screen flicker can cause someone’s migraine attack.

People suffering from migraine should avoid overfatigue and stressful situations. In this regard, autogenic trainings and yoga are very healthy. A signal symptom is often tense pain in the neck. Yoga calms, relieves stress, tension in the neck and shoulders and kills the pain.

At the time of the obvious attack approach and at its first moments, use the special breathing technique: as deeply as possible, inhale and slowly exhale through the mouth pursing the lips. It is possible to apply mustard plasters to the calf muscles and make self-massage of the plantar part of the legs. This should act as an element of acupressure (a kind of acupressure massage).

Having studied the patterns of development of your migraine, you can find the most effective methods for combating insidious disease and preventing its attacks. And most importantly, you should limit the “provocative acts” from your body and habits.

If you drink three cups of coffee per day, you can provoke a migraine attack, because a large amount of caffeine causes the brain vasoconstriction. As an alternative to coffee, you can drink decaffeinated coffee or eat chocolate – it would be safer for you.

The tissues surrounding the brain consist mainly of water. In case of dehydration, they coarctate and it causes pain. Therefore, it is necessary to maintain the water balance in the body, necessary to drink 1-2 liters of water per day.

A migraine attack can happen due to the glucose release into the blood and due to blood pressure increasing.

When the blood sugar level drops sharply because you are hungry, then there is the glucose release in the body. Get meals oftener, it is desirable to have a snack every four hours. Include in your diet more fruit, vegetables, cheeses, low-fat yogurts. But you should limit flour and sweets.

This root blocks the prostaglandins effect, which cause the brain blood vessels inflammation and lead to migraine. In addition, ginger can relieve the nausea that usually accompanies a migraine attack.

Scientists have proven that vitamin B can relieve a migraine attack. A folic acid (2 μg), vitamins B6 (25 mg) and B12 (400 μg) – they can reduce the attacks frequency and can allay the pain severity.

Saturate the body with magnesium

If the body does not get enough magnesium, the blood flow to the brain decreases and the blood sugar level decreases too. Migraine “uses” it as a reason for an attack. If you eat tomato pulp, nuts, seeds, leafy vegetables, whole grains, potatoes, oats, peas and beans, it will be possible to saturate the body with magnesium.

And if the attack has ruthlessly overtaken you – go ahead!

How to alleviate a migraine attack?

If migraine pain killers help you, take the pill at the very beginning of the attack. The mode of action of the drugs removing a migraine attack is complicated. The longer the pain “winds round”, like spiral mode of motion, the longer the “spin up” mechanism will operate.

It has to be said that today there are migraine headache drugs of older classes, but there is rather slim pickings. That is the first. Secondly, the body reaction to each of them is purely individual. What helps one person can be absolutely useless in the attack removing for another person. And, in the third place, all chemical preparations have a huge list of side effects (effect on the kidneys, gastrointestinal tract, liver, etc.). If your attacks happen often, you will have to choose soon between migraine and pain in the stomach or kidneys.

The solution for fighting migraine should be individual and at first glance may be the most unexpected. For example, during the attack, you need to wash your hair. It sounds strange, but during hair washing by quite hot water the blood vessels become dilated, that facilitates the blood flow and helps to stop the attack. In addition, there is a small head massage, which also relieves pain.

One more recipe related to something hot: during an attack put the warmed-up compress on the neck. Fold the middle sized terry towel flat in order to make “roller” shape.

Dip it folded into very hot water, then screw water out of it and immediately put it into two plastic bags (so that moisture does not weep onto the pillow). Lie down on your back, put a hot roller under your neck, relax and try to fall asleep. The cervical vessels spasm will disappear, as well as a headache will. But such a recipe is better to discuss with the doctor, it may have some contraindications.

If you decide to use the usual massage as a remedy for migraine, start by stroking your head from the forehead to the back of your head. Then – do it from the top to the ears. Then direct stroking from the top of the head to the nape and go down to the neck. It should be massaged thoroughly deep. Such a massage will help to relieve tension from the neck muscles and activate local blood circulation.

In case of attack it is also possible to apply the tight head dressing on the forehead, temples and a nape area (it is possible to use it with a cold compress). The usual children’s scarf would be useful for this purpose. The patients should put some slices of lemon to the temples area and sip a hot beverage. In the Caucasus in case of migraine it is common practice to drink a cornel drink, instead of tea, several times a day.

Traditional medicine also recommends the treatment of migraine by means of juice. To get rid of migraine attacks or, at least, to relieve them, it is necessary to conduct treatment with juices every three months for 10 days.

Prepare the drink in the following proportions: three parts of the cucumber juice, two parts of the carrot juice, one part of the celery grass and red beet. Drink half a cup three times a day. Keep the juices in the refrigerator separately.

One more recipe: the celeriac (two parts), carrot (two parts), potatoes (one part) and beets (one part). Juices make the body free of metabolic waste, reinforce the immune system and raise the tone.

Aromatherapy in the fight against migraine

In order to relieve a migraine attack, you can use aromatherapy. The oils of marjoram, pine, lemon, mint lavender will have a sedative and analgesic effect on the body. They can be used in the aroma lamp, in the bathroom or you can simply spread the droplet over the heel of your hand and inhale the vapors at a leisurely pace.

Phytotherapy as the preventive measures of migraine

Herb tea during an attack will not help, but it can be used preventive, with the uptake effect. We need such herbal species, which will have anesthetic, antispasmodic, sedative and restorative properties.

Breathing exercises and breathing simulator trainings also help fighting migraine. Trainings primarily are aimed at saturation of blood with oxygen and increase blood circulation. Due to this fact, a spasm of cerebral vessels is removed and the headache gradually disappears.

Regular trainings prevent the emergence of new migraine attacks and promote improvement of the body as a whole. After 3-4 months of trainings with Aironic respiratory simulator you will notice that migraine disturbs you less and in half a year (with a comprehensive approach to the treatment) you can completely become free of it.

All the above recipes are not a panacea. And the body’s response to them is absolutely individual. They can help to someone and relieve the headache once and for all, but for another one – they do not help at all.

That is why it is important to try and consult the experts, because migraine can be not just the basis, but the symptom of a more serious disease. In such cases, you should fight the root cause, not the consequence.